INTRODUCTION
Our journey into the high Himalaya begins with a spectacular mountain flight from Delhi to mystical Ladakh, which literally translates to ‘the land of high passes.’ Geographically part of the Tibetan Plateau, Ladakh has often been called “Little Tibet” because of its historical connection with Lhasa and its predominantly Tibetan Buddhist culture. It is India’s highest, most sparsely populated and least accessible region. Leh, the capital city, is an intriguing ancient town. It is dominated by whitewashed monasteries abuzz with maroon-robed monks, a royal palace, bazaars that hum with the poly lingual banter of traders from the far reaches of the continent, and encircled by the rugged snowcapped peaks of the Karakoram Range. From Leh, we journey across the Indus Valley, discovering its many hidden treasures along the way: multileveled Thiksey Gompa; precariously perched Lamayuru Gompa; the mural wonderland at Alchi Gompa; and rafting on the Indus River. We also have the option to explore the remote Nubra Valley with its glistening sand dunes and Bactrian camels – true vestiges of the ancient Silk Route – by way of an exciting river rafting extension on the Shayok River. And later to the mesmerizing and enchanting Tsomoriri. 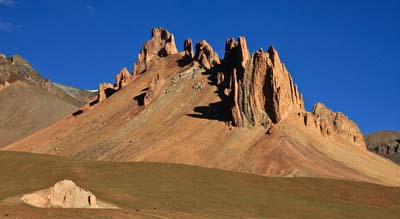 DAY 1: ARRIVE IN LEH Transfer to the airport for an early morning flight to Leh. The rest of the day you can rest to adjust to the altitude and the early start. You may also start exploring Leh, including Leh palace and the old town. Overnight (hotel). 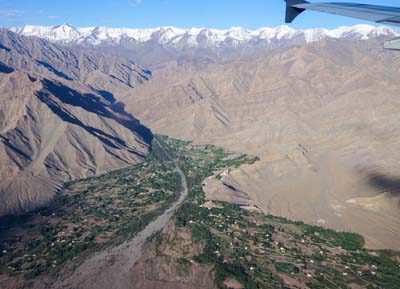 DAY 2: SHEY AND THIKSEY MONASTERY First place to visit along the Indus Valley Tour is Shey Palace which is the oldest capital city of Ladakh. The main image in the palace is a three story statue of Buddha Shakyamuni. Next you can visit Thiksey monastery. This is probably the most visually imposing monastery of Ladakh. Looming right above the Manali-Leh highway, it belongs to the Gelukpa (yellow hat sect) order, and is built in the traditional Tibetan style, housing 10 shrines, one containing a 15 meter-tall statue of Buddha. There are terrific views of the Indus valley and the surrounding mountain ranges from the roof. Overnight (hotel). 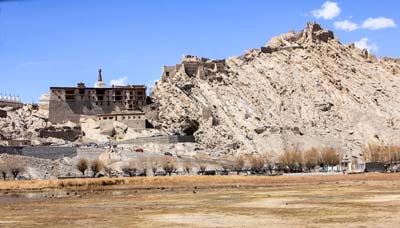 DAY 3: ALCHI, LIKIR AND LAMAYURU After breakfast you will drive to Likir and visit Likir gompa situated atop a windy cliff overlooking the beautiful village of Likir. The village was founded in the 12th Century although the present construction dates back to the 18th century as the original one was destroyed by fire. In its courtyard is a yellow-coloured 3-story-high mammoth statue of the Lord Buddha, which was constructed by a resident monk. The top floor has an impressive museum containing old thangkas and weapons used many centuries back. Then you will drive and cross the River Indus and reach Alchi, Ladakh's most loved monastery. Over a century old, its wall paintings are very similar to those of the Tabo gompa in Spiti, Himachal Pradesh. Unlike other monasteries which are usually on a cliff top or cling to a mountainside, Alchi is at ground level and is nestled in the shade of a garden. Then further on, just past Khaltsi is the a steep climb to the village of Lamayuru. This monastery is the oldest in Ladakh, dating from the 11th century. The monastery is built around a cave where the Naropa lived and meditated. Overnight in Leh (hotel)

DAY 4: NUBRA VALLEY After checking out of the hotel, you will drive on the highest motorable road in the world over the (18,380ft/5569m). Kardung La pass. The road descends from the pass down a spectacular gorge through the Kardung village, and on down to the valley floor. You follow the Shyok river to the beautiful village of Diskit, where you visit the stunningly perched, Diskit Monastery. Then drive further down the river to the scenic village of Hunder, which is as far as tourists are allowed. In the afternoon you head up the Nubra river to Sumur and visit the Samstanling Gonpa with its large children’s school. Overnight in Nubra(hotel) 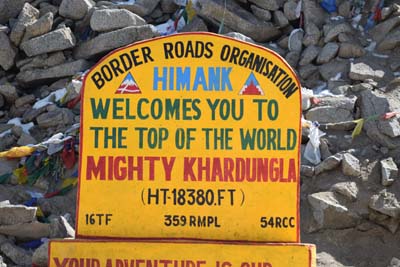 DAY 5: NUBA TO PANGONG LAKE After breakfast you will drive to Pangong Lake, via the Shyok river. The lake is a long narrow basin of inland drainage, approx. 6-7km at its widest point and over 135km long. About 1/3 of the Lake falls in India and the remaining part is in Tibet (China). The ever-changing turquoise blue and green colour of this lake can be seen reflecting images of the mountains of Chang-Chenmo range to the north. Although being a salt water lake, it freezes completely in winter. The flora, or lack of it, is very unique to Pangong Tso. According to credible reports, the lake is devoid of both micro-vegetation and aquatic life, such as fish and crustaceans. However, the lake is an important breeding ground for migratory birds, including the Bar-headed geese and Brahmini Ducks. Overnight in Pangong(hotel/resort) 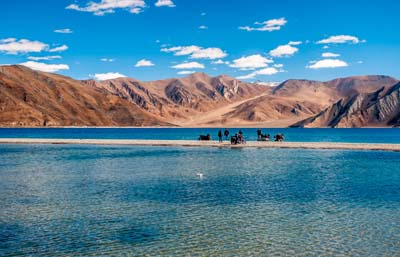 DAY 6: PANGONG TO TSOMORIRI via TSAGALA Today you will drive to Tsomoriri Lake via Tsagala. The Chang-pas cultivate sparse crops of barely and peas in summers. During the winters they pack their tents (rebo) and take their flocks of sheep and pashmina goats out to the distant pastures. The clear blue Tsomoriri lake is one of the most breathtaking lakes in Ladakh. This brackish lake is considered sacred by the locals. The Lake is surrounded by beautiful montains and is a breeding ground for numerous species of birds such as the Great Crested Grebe, Brahmini duck and Bar Headed Geese to name a few. This region also has large numbers of Kiangs, Tibetan wild ass, which are easily spotted. Overnight at Tsomoriri (hotel) 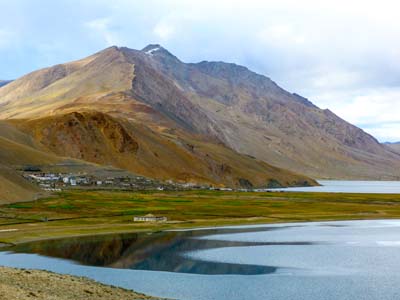 DAY 7: BACK TO LEH VIA TSOKAR The inlets of the Tso Kar are a source of non-saline water; pondweeds and nettles grow there, forming floating islands of vegetation in the spring and dying off in the winter. Sedge and large numbers of buttercups grow on the shores of Startsapuk Tso and of the tributaries of the Tso Kar, while some parts of the high basin are marked by steppe vegetation interspersed with tragacanth and pea bushes. The shore of Tso Kar is partly covered with a salt crust, which keeps vegetation away from the inflows. In the vicinity of the lake, black-necked cranes and Tibetan grouse are relatively common. The basin of the Tso Kar and the adjoining More Plains constitute one of the most important habitats of the kiang, Tibetan gazelles, Tibetan wolves and foxes. There are steppe marmots in the higher reaches. Yaks and horses are kept by the nomads. Overnight at Leh(hotel) 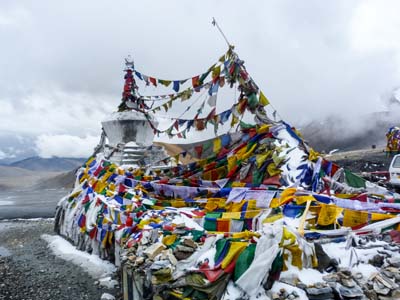 DAY 8: FLY BACK Early morning transfer to the airport.