Trekking in the remote Himalayas offers the adventuresome traveler the opportunity to experience high altitude hiking and camping in a pristine environment, while observing ancient cultures thriving without the modern conveniences that we find so necessary. After several days on the trail you will find that your stress and worries from back home are melting away as your mind opens up to take in all the new sights and sounds. The indescribable feelings of magnificence and grandeur that flow over you as you reach the prayer flags on the high mountain passes, and look out over far away vistas, make the breath-taking ascents all the more worthwhile. After the trek, you will usually feel a great sense of accomplishment, and a new perspective about your ability to overcome difficult situations.

Trekking in Ladakh is more up close and personal than the mainstream style of trekking practiced in other areas of the Himalayas in that the trekking crew is much smaller due to of the use of horses rather than porters to carry the gear. This style of trekking evolved from the ancient caravan tradition where animals where used to transport the goods and baggage. Your crew will be adequately staffed based on the size of your group. An English-speaking local guide will accompany you on the trail and in camp. 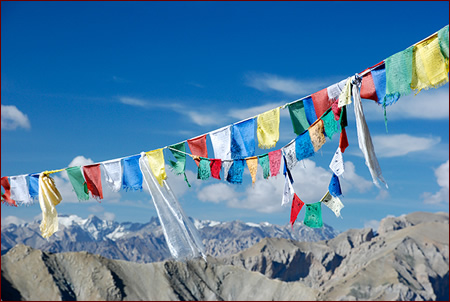 You will be hiking with only your small daypack on your back, while the crew takes care of the tents, food cooking equipment and your duffel bags. Most people find it challenging enough just to hike at these high altitudes without the burden of a fully loaded backpack.

A typical trekking day starts with wake-up tea or coffee at your tent door. A pan of hot washing water soon follows. As you clean up and stow your personal gear in your duffel bag, the cook prepares a hearty breakfast. After that last cup of coffee or tea, it is time to start the morning activity, which is usually hiking to the next campsite. You shoulder your small daypack with your full water bottles and follow the guide out of camp and onto the trail. Meanwhile the crew washes the dishes, breaks down the camp, and loads the horses.

The days hike proceeds at a leisurely pace so there is plenty of time to rest, take pictures, or marvel in the many unique sights along the trail. About mid-day we stop in a pleasant place to eat the box lunches that were prepared by the cook that morning. The use of box lunches allows great flexibility in when and where we stop for the lunch break.

The length of the afternoon hike varies from day to day depending on the distance and difficulty of the trail between campsites. Generally we try to arrive at the next campsite by mid to late afternoon, so that you have time to explore around camp or rest and relax before dinner. On some treks there might be shorter days or even a rest day. 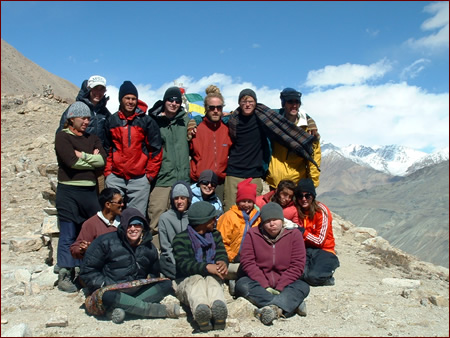 At some point along the trail the crew and the horses will pass us and head to the next campsite to set everything up before our arrival. Tea will be served in the dining tent in the late afternoon. Hot washing water will be available or you may opt to take a refreshing dip in a nearby stream. A nourishing dinner will be served in the early evening. Your water bottles can be filled with freshly boiled water.

After dinner your guide will tell about the next days activities and answer any questions. You are then free to continue in conversation, go outside and gaze at the brilliant stars, or retire to your tent for a good nights sleep.


Areas Outside of Ladakh

Trekking in areas outside of Ladakh usually involves the more traditional style of trekking with large crews and the use of both pack animals and porters. The typical trekking day as described above will be much the same.

What to Bring – A Checklist 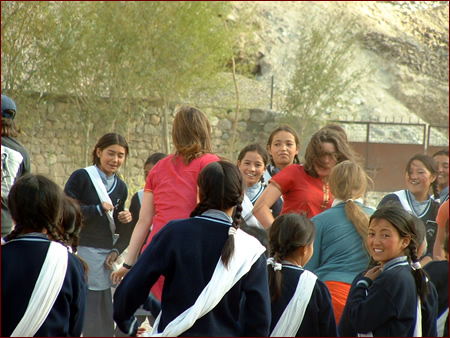 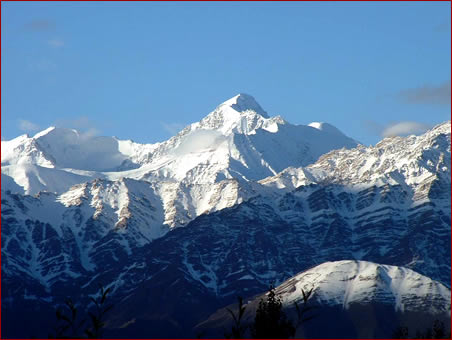 YAMA Adventures is committed to responsible tourism, through its policies and practices which permeate all aspects of its business.  The company’s policies aim to ensure that Yama Adventures and its clients act in a way which is socially, environmentally and culturally sound.  We feel strongly that all our holidays should benefit the local communities, protect the environment by minimising pollution, and respect local traditions, religion and heritage.  We tread lightly -  low volume, low impact trekking/touring is the best way of preserving the beautiful and fragile places we visit.